Home » Adoption Issues » You are reading »

The following is an example from a popular Thai forum as to how expats have experienced adoption over the past few years. The first case listed below is a mixed couple being American and Thai who live in Thailand. The conversation highlights a number of issues which people might be asking about. See also the adoption process in Thailand article. There will also we post-adoption issues.

My Thai spouse and I already have two children. Both are boys and we want a girl. We are in our early 40’s and she does not want to have another pregnancy. Our last pregnancy we had to make use of fertility assistance and she did not like it. We have looked at adopting a Chinese baby however we had been told that there is a 5 year waiting period.

Since we already live in Thailand and my wife is Thai we hoped to adopt a Thai child. We had been told that the wait period is about 3 years. We hope that with one Thai parent being my wife the wait might be shorter than if it was a foreign couple. My wife visits a Thai orphanage on Buddhist holidays and at other times and I was wondering why the wait period was that long as there are lots of children at the orphanage.

The orphanage we visit told my wife that most of the children at the orphanage actually do have parents however with problems at home they end up in the orphanage. There is only a minority of orphans that considered finally abandoned, or have unknown or deceased parents.

My wife called DSDW in Thailand to ask about an adoption and the person said that there is a total of 19 forms which need to be completed where you also have to specify our preferences for age, gender, and special needs or not (more on this later), and that they would estimate it would take about 1 year to match us with a child. They asked about nationalities and she stated that she was Thai and that I was an American.

My Thai wife and I applied at DSDW about 2 years ago and we had been told the waiting period would be about 12-18 months to meet a match. This however became quickly clear after our application was lodged in Thailand that this was not the case, and our social worker has admitted that waiting times have been getting longer and longer for the past 3-4 years. As for one parent being Thai our DSDW social worker advised us when we applied that couples with 1 Thai spouse do not get special consideration – you go into the queue with everyone else.

Generally speaking, the wait time is normally less for an older child. During our Thai adoption we decided that we didn’t want a small child and at our age to be dealing with diapers again, so we looked for an older child to adopt. You must also consider if you might adopt a child with a disability. BTW, an older child is considered special needs because of the emotional trauma involved with leaving her family and starting a new life.

As you can see above that one parent being a Thai does not put you in front of the line and that many of the children actually still have parents who are in the orphanage. Also, older children, because of all the trauma they have been through are viewed as special needs. Speak to a lawyer in Thailand if you have more questions. 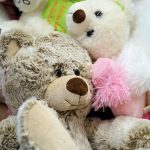 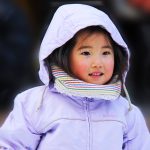 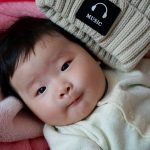