Home » Adoption Issues » You are reading »

If you have ever wondered how many adoptions occur in Thailand, then the statistics below will give you a good idea how common it is in Thailand and also where the children are moving too from Thailand. The stats are provided by the US Department of State. See the rest of the website for more information on adoptions for American nationals.

For the period between 1999 and 2015 the following statics are available:

The top adopting States tends to be

These States tend to be in the top 5 states for adoptions from abroad. They have always remained in the top 7 for more than 10 years according to the statistics. Visa usage is also cover in the stats as has been listed below.

Most adoptions in Thailand have seen the children leave on IR-4 visas over the last 10 years as The Hague Adoption Convention entered into force with respect to the United States only in 2008. The IR-4 visa was used for 700 Thai children leaving for the United States with the IH-4 at 225 being the next most common visa type. 67 children left on an IR-3 and only 20 on an IH-3 visa. Most adoptions global on average tend to leave their home countries on an IR-3 visa which is for a non-Hague country. Since 2008 the most common visa (97%) the children leave on is an IH-4 US visa and some (3%) IH-3 US visas.

The adoption process can be difficult and complex. It is always best to speak to a lawyer or law firm in Thailand with experience in inter-country adoptions. 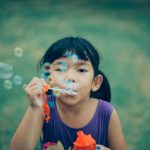 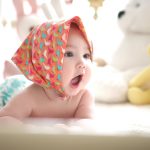 « Adoption Process : US I-800
Australians adopting in Thailand »